[Foreign Policy] Integrity Initiative, the Institute for Statecraft and the disinformation

am Friday, December 28, 2018
If one thinks of troll farms, covert influence or deliberate misinformation one is reminded of the allegations against Russia. The Russian government is undermining and endangering the democracies of the West. These are allegations in way or the other.

To ask the Secretary of State for Foreign and Commonwealth Affairs, whether his Department has (a) funded, (b) provided contracts to and (c) procured the services of the Integrity Initiative in each financial year since 2015/16. [5]

The Institute for Statecraft is an independent, Scottish, charitable body whose work seeks to improve governance and enhance national security. They launched the Integrity Initiative in 2015 to defend democracy against disinformation.
In financial year 2017/18, the FCO funded the Institute for Statecraft's Integrity Initiative £296,500. This financial year, the FCO is funding a further £1,961,000. Both have been funded through grant agreements.
At the Eastern Partnership Summit in November 2017, the Prime Minister announced that the UK Government has committed £100m over five years to tackling this threat internationally.
Such funding furthers our commitment to producing important work to counter disinformation and other malign influence. [5]

In a handbook of May 2018 it is planned to unite the people who understand the threat posed by the Russian disinformation and the hybrid warfare. For this purpose the Integrity Initiative wants to coordinate a Western position in which NATO plays an important role. The plan is to build groups called clusters. These clusters will consist of well-informed people from the political, military, academic, journalistic and think tank sectors. The members of these clusters should then inform the decision makers in their countries about the events. According to the documents there are such clusters intended in Germany, France, Great Britain, Greece, Italy, Lithuania, the Netherlands, Norway, Serbia and Spain. Interestingly William (Bill) Browder is also in the British Cluster. Browder has become known for accusing the Kremlin of murdering his former accountant Magnitiski and tax crime. [7] [8] The authenticity of the documents was confirmed by the Integrity Initiative itself. It was publicly announced that the documents had been stolen. And it has not had time to examine all documents for manipulation. Many of the persons were allegedly only planned to join. [9]

The Institute for Statecraft is therefore an alleged non-governmental organization that is committed to educate people. In fact it is covertly receiving funds from the British government and obscuring exactly who it is working with. The proposal to spread propaganda in the name of good is not new. In July 2017 the EU published a paper calling for such actions. How big the whole network and how many such programs are there is still open. [10]

[Domestic Policy] #DITIB, its Allies and the Observation by the Domestic Intelligence Service 2020-05-02

DITIB is the largest Islamic organization in Germany and maintains about 900 clubs and mosques in Germany. DITIB is subordinate to the Turkish Directorate of Religious Affairs (Diyanet Isleri Baskanligi). The imams sent from Turkey to DITIB are thus de facto civil servants of the Turkish state. Due to various controversies DITIB was repeatedly considered by the Federal Office for the Protection of the Constitution/domestic intelligence agency (Bundesamt für Verfassungsschutz). So far however this never happened. [1][2][3][4]

Politicians in Germany regularly criticize Diyanet and DITIB for their wrongdoings. Cem Özdemir (The Green-Party) considers Diyanet and DITIB to be the extended arm of the Turkish state. Joachim Herrmann (CSU) said as Bavarian Interior Minister that sending the imams was not acceptable. According to Herrmann (CSU) training should not be done by Turkey but must lie in the hands of the federal states responsible for education and culture in Germany. And A… 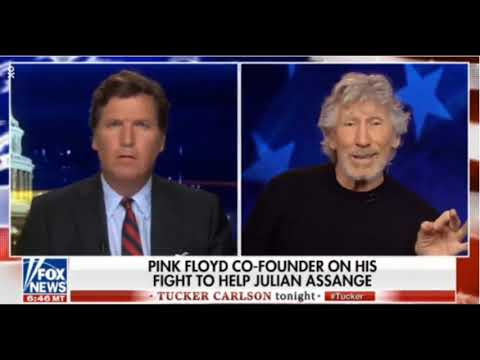